We’re all feeling it….my clients are noting it in their sessions; it’s the long hard slog to hit December and at least some psychological downtime.

I see it in our kids, who are entering the exam phase and who just want it ‘over with’… even if there is another full year to be faced with additional challenges.

Enter Fredrik Härén, a business creativity expert and Swedish speaker, to whom I was exposed a couple of weeks ago. When you ask the average person (with the exception of an American!) whether they think they are creative, their answer is likely to be “no”. I’ve tried it with some of my clients and at best I get about a 40% affirmative response.

I suspect that most believe that creativity is best left to the artists, the dancers and the performers of our world.

Härén points to a simple definition of creativity; combining two formerly known ideas in a different way. When I thought about it examples abound;

He provided an even more stunning example of the Phillipine prison in Cebu, which combined prisoners with Michael Jackson, resulting in a radical means of rehabilitation, plus what became a major tourist attraction.  Creativity at its best.

Interestingly Härén, who lives in Singapore where I spent 18 months of my working life, states that you do not learn creativity by talking about it or teaching it.

Rather he spoke about learning creativity and getting unstuck by just doing it.

I gave it a shot when my 14 year old approached me with an English essay exam question about which he was wholly uninspired. He had to select one of 8 pictures on which to write and after narrowing it down to 3, we adopted a technique of simple sentence completion brainstorming;

“In the spirit of imagination give me 20 words about this picture”.

What became evident is that one picture far more easily elicited words than the other two and that was the one on which he settled. A further round of brainstorming 20 phrases on that graphic and he had a story. I have no idea how compelling it was, but it certainly shifted his position from stuck to flow.

Similarly there is much that we do at work because that is the way we have always done it. Even sitting in front of my laptop to blog. I have mixed it up a bit by writing on a plane this week (because I could) and even blogging on the back of a paper bag in the car a couple of week ago, because that was all I had at hand. It’s not rocket science, but the combination of a new environment with different stationery, two formerly known things, creates flow for me.

So Härén’s question is a good one for leaders;

“What is the most creative thing I could do as a leader?”

I would suspect your initial answer will be “I don’t know” or something fairly predictable. So take a piece of paper (or the back of a brown paper bag!) and ask yourself this,

“In the spirit of imagination, list 20 things that a creative leader would do…”

Take a break and then return and try it again. Somewhere in that list of 40 ideas, I would be willing to bet lies your answer to remaining creative for the last 6 weeks of 2017… and possibly well into 2018. 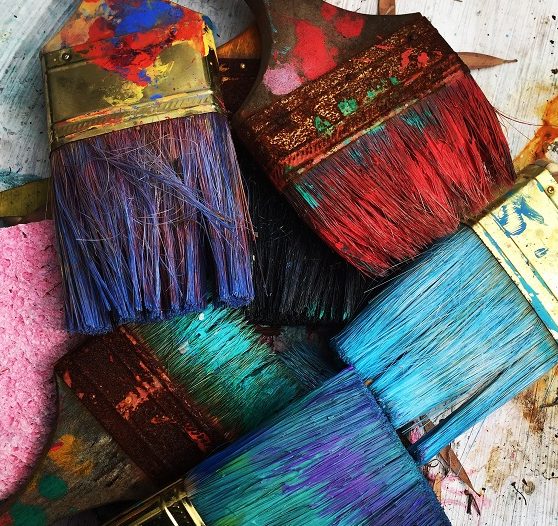